Evel Knievel died. This makes me miss Big Al Danger all over again. Rest in peace, fellows, and enjoy that big air one must get up in Heaven.

Yesterday Beck of Beck's Blog had an awesome day. I had the alternative-dimension day to that. Posted an awesomely insightful, ascerbic blog post last night at midnight but deleted it this morning and no longer remember what it said. There has been a LOT of remembering the past two days. Being deposed does that to a girl, apparently. Thank God it's done. I threw my arms in the air after leaving the building today and a group of scruffy ruffian types chanted “Free at Last!” to my joy and delight. A-men, brothers!!!

Maybe if I think good thoughts about something, sleep will come. OK, well, The First Annual Desert Bus for Hope has come to a close and surpassed its goal of $5k by $17,000. They raised $22,805 for Child's Play. That's a lot of toys for children's hospitals! And that's a heck of a lot of verisimulator driving between Tucson and Las Vegas. The thought of it is nearly enough to get me to drop off to sleep. Almost.

OK, so this comedy troupe is raising money for Child's Play, an organization that donates games and gaming equipment to children's hospitals nationwide, by a marathon they're calling “The First Annual Desert Bus for Hope.” Desert Bus is a game “so tedious it never received an official release.” The goal of the game is to drive a bus from Arizona to Las Vegas in real time at 45 miles per hour. It takes 8 hours to get to Vegas, during which the scenery never changes, and upon arrival in Vegas you are awarded one point and given three seconds to determine whether you want to drive back to Arizona.

Oh, and the bus veers slightly to the right, so you can't just tape down a button and go about your day. And if you run off the road, you're towed back to Tucson IN REAL TIME.

So far, these guys have raised more than a thousand bucks, which right now parlays into 67 hours of mind-numbing tedium. Which they should be used to, seeing as they live in Canada. I kid, I kid!

In all seriousness, Child's Play is a great charity, and (God Forbid) if Monstro goes before his time, this is the organization we'll ask donations to be sent to. So let's not wait for that. Check this out and make a donation. Let's keep the Bus on the road!

Otherwise known as “Happy-Day-Before-Motormouth's-Birthday”! Wishing you and yours a yummy day sans food poisoning.

Last week's wrap-up: The first one out is always the one who can't sew. Buh-bye.

OK, here we go. The designers get to pick models. Ricky picks someone new, but he continues to wear dorky hats. A skinny blonde gets the shaft. The brunette in me giggles.

Challenge: “Design an outfit for a pop-culture and fashion icon.” The guesses range from Snow White to Britney (“she needs help!”)

The “icon” walks through the door. It's Sarah Jessica Parker. The gays effing lose it. “Oh My God” is probably still reverberating around the workroom.

They're to design a two-piece look for SJP's Bitten fall/winter line. The watchword is affordability — the look will retail for $40, and their budget at Mood will be $15. She'll choose 7 looks and then the designers will work in teams of two.

Chris, bless his heart, is so tongue-tied he can't speak.

SJP chooses Elisa (stoner chick), Kit, Victoria, Marion, Ricky, Christian, and Rami. And then they all look surprised to learn that the winner's garment will be produced. What, have they never watched the show???

They have until midnight. Off to Mood, where it's pretty much a gripefest. Then they get back to the workroom and Elisa starts by marking the fabric with spit. Sweet P crosses herself.

Ricky is a big ole crybaby. He's teared up through both interviews so far. Maybe his hat's too tight. Christian disses Tim's opinion for the second consecutive week. Victoria's look is deemed “cute and sophisticated.” Elisa's plan to hand-sew is deemed “coo-coo.” She agrees to go along with what Tim says.

Oh, and nobody starts sewing until 11:30. Did they learn nothing from last week?

We're back. Rumor is, Elisa can't use a sewing machine. Hmmm… Christian and Carmen finish first.

Marion's outfit looks like a couch. But, so did Chloe's line in season 2, and she won. Maybe the sofa look is in?

Sweet P is stoked and her outfit w/ Elisa looks cool. Victorya seems to have doubts about her outfit. Christian has no doubts about anything. Oh, to be 20 again… Oh, and Marion is still pinning the hem when it's time to hit the runway.

Commercial Break: Whose fashion sense do you trust the most, Michael Kors, Nina's, SJP's, or Tim? I think Tim's gonna win this one, too…

OK, on the Runway… Heidi's top looks like Lois's bedroom in the “Malcolm in the Middle” episode where Malcolm and Lois get mono and Bedazzle the place.

Chris's model looks like a French suburban streetwalker. Elisa's is cool, though I'm not in love with the teal. Rami's looks like a grocery sack. Marion's is like Pocahontas entangled with a nettle bush, oh, and the cups of her bra show. Gross. Victorya's looks *very* expensive. Christian's dress is too tight. And Ricky's is adorable.

SJP says Elisa's dress is “sexy yet appropriate.” Then Sweet P and Elisa start talking. BIG mistake. But the judges love the garment.

Nina says Christian's garment is “full 80s” and SJP says it's too snug. Duh. Christian bites the bullet and says that he should go home if it's between him and Carmen. Carmen cries. Marion bites the bullet too, but with a less outlandish hairdo. I bet he's out.

They leave the runway and the judges dish. They love Elisa's jaunty, swingy cape, and Victorya's simplicity. They say that Marion's garment is “sad” and “melting,” and Michael Kors says Christian's is too “Facts of Life.” Yeah, 'cause it's so tight you could see the model's uterus.

Commercial… Oooh, Isaac Mizrahi will be on Tim's show tomorrow. And Tim wins the poll with 53%. Duh.

Victorya wins! SJP says the word “lovely” a lot. Wait, isn't that the name of her perfume?

Carmen looks pained that Steven is in, but then she's in, too. Christian's in, Marion's out, but pulls off a double-cheek kiss with aplomb.

NEXT WEEK: “the most difficult challenge”… “a day and a half”… Pants. Reinventing the tuxedo? Tune in to find out, or just read my liveblog. See you there!

I finished the final three chapters today and sent them to my publisher. I'll look over the galleys once she's got them ready to go. But as far as the writing and researching, MY BOOK IS DONE! I am so happy I could cry.

My Book Quiz result of “I, Robot” was really nagging at me, and the fact that I felt nagged made it pretty clear that I'm no effing robot, so I took the quiz again, perhaps with some truer answers this time, and I'm happy to let you know that… 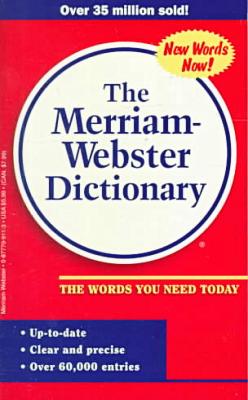 You're The Dictionary!
by Merriam-Webster
You're one of those know-it-all types, with an amazing amount of
knowledge at your command. People really enjoy spending time with you in very short
spurts, but hanging out with you for a long time tends to bore them. When folks
really need an authority to refer to, however, you're the one they seek. You're an
exceptional speller and very well organized.

Take the Book Quiz
at the Blue Pyramid.

Ever since reading the Jimmy Kimmel profile in this month's Playboy, “good times” keeps creeping into my writing. Weird. And I wonder if Kimmel got it from Adam Corolla, or whether Corolla got it from Jimmy. Anyone care to field a guess?